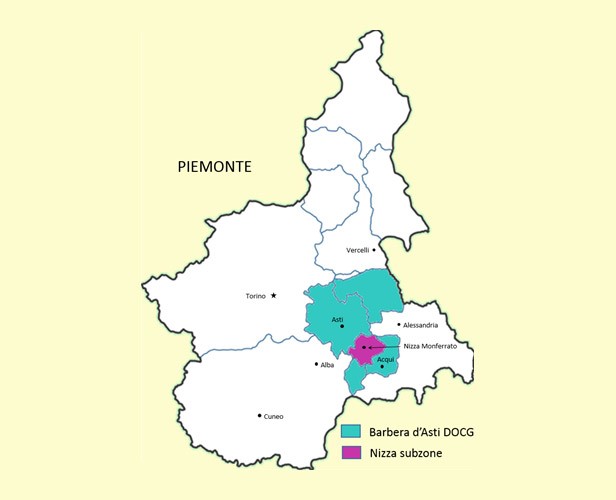 Nizza - one of the newest DOCG’s in Italy

‘Nizza’ is one of the newest DOCG’s in Italy and has been established to recognise the unique micro climate, the hilly landscape and soil (terroir) in the World Heritage town of Nizza Monferatto and the 18 specific communes that surround the town.

These unique characteristics allows the Barbera grape to develop in such a way that it is possible for skilled producers to create world class wines. Nizza wines have great personality and are generally ruby red in colour, full bodied, with flavours of red fruits, slightly spicy and velvety smooth.

There are two ‘Nizza’ wine styles and they have some of the most stringent production rules and regulations in the wine world, which are similar to those for nearby Barolo and Barbaresco!

The two styles are:

History: Originally a subzone of the Barbera d’Asti DOCG; became a separate DOCG in 2014

Comparison of the rules for Barbera d’Asti DOCG and for Nizza DOCG. 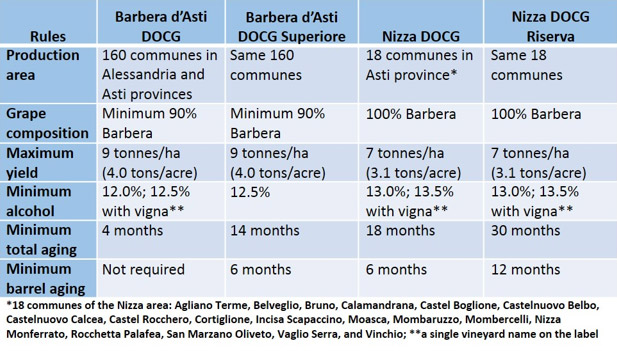 Whether you want a tailor made Wine Tour, traditional Piemontese Cookery Class, a ‘real’ Truffle Hunt or buy fantastic Italian Food and Wines, we can arrange everything for you. We can also organise airport and hotel transfers and make recommendations for hotels, villas and restaurants - SALUTE!